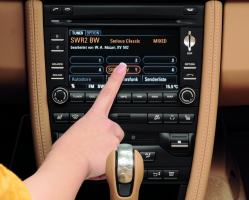 Porsche appears to have sent out a software update to their infotainment systems that causes them to constantly reboot. That's annoying enough on its own, but according to a new lawsuit the never-ending reboots also do fun things like drain the car's battery and spin the infotainment's harddrive into a death spiral. Oh and just for good measure each reboot produces a loud static POP to drive home the point that failure is inevtiable.

The best way to find out what's wrong with a vehicle is from the people who drive them. Not only do owner complaints help us rank vehicles by reliability, but they're often used to spark class-action lawsuits and warranty extensions. Plus, they're a great way to vent.